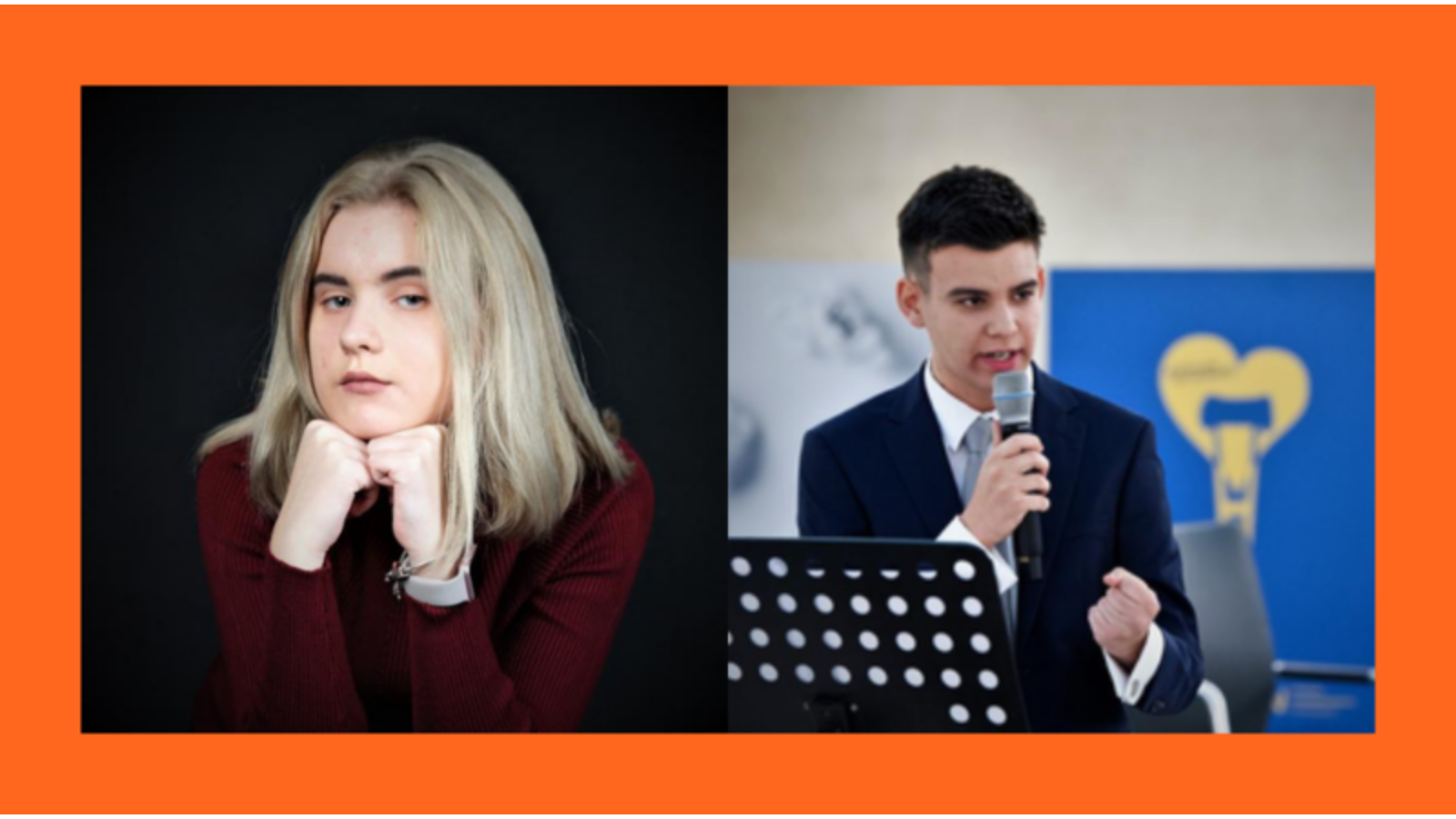 Konstantinos and Angelina have been nominated for the 2019 Children's Peace Prize for their courageous and committed work towards children's rights.

“Believe in something and do everything to achieve it. Believe in yourselves and the power of your voice because together we can change the world.”

Konstantinos, 17 years, and one of Eurochild’s former Eurochild Children’s Council Members has been nominated by Eurochild for the 2019 Children’s Peace Prize. He is one of the 111 children from across the world who have been nominated for their actions to fight courageously for children’s rights.

Konstantinos was born and raised in Greece, facing one of the greatest economic crisis in recent history, which created a lot of anger and hostility towards young people in Greece. He founded his own website, Teens4Greece, creating an online space for Greek children and young people aged 13-18 years to discuss concerns after the Greek economic crisis. Konstantinos has participated in Eurochild’s Children’s Council, contributing to different activities. He spoke on behalf of the Children’s Advisory Team to the DGD as keynote speaker at the UN Human Rights Council at the 70th anniversary of the Universal Declaration on Human Rights. For his full profile click here.

Konstantinos is not the only Eurochild Children’s Council members who has been nominated. Angelina, 16 years old, from Ukraine has also been nominated.

The winner of the 2019 Kids Peace Prize will be announced on 30 September.