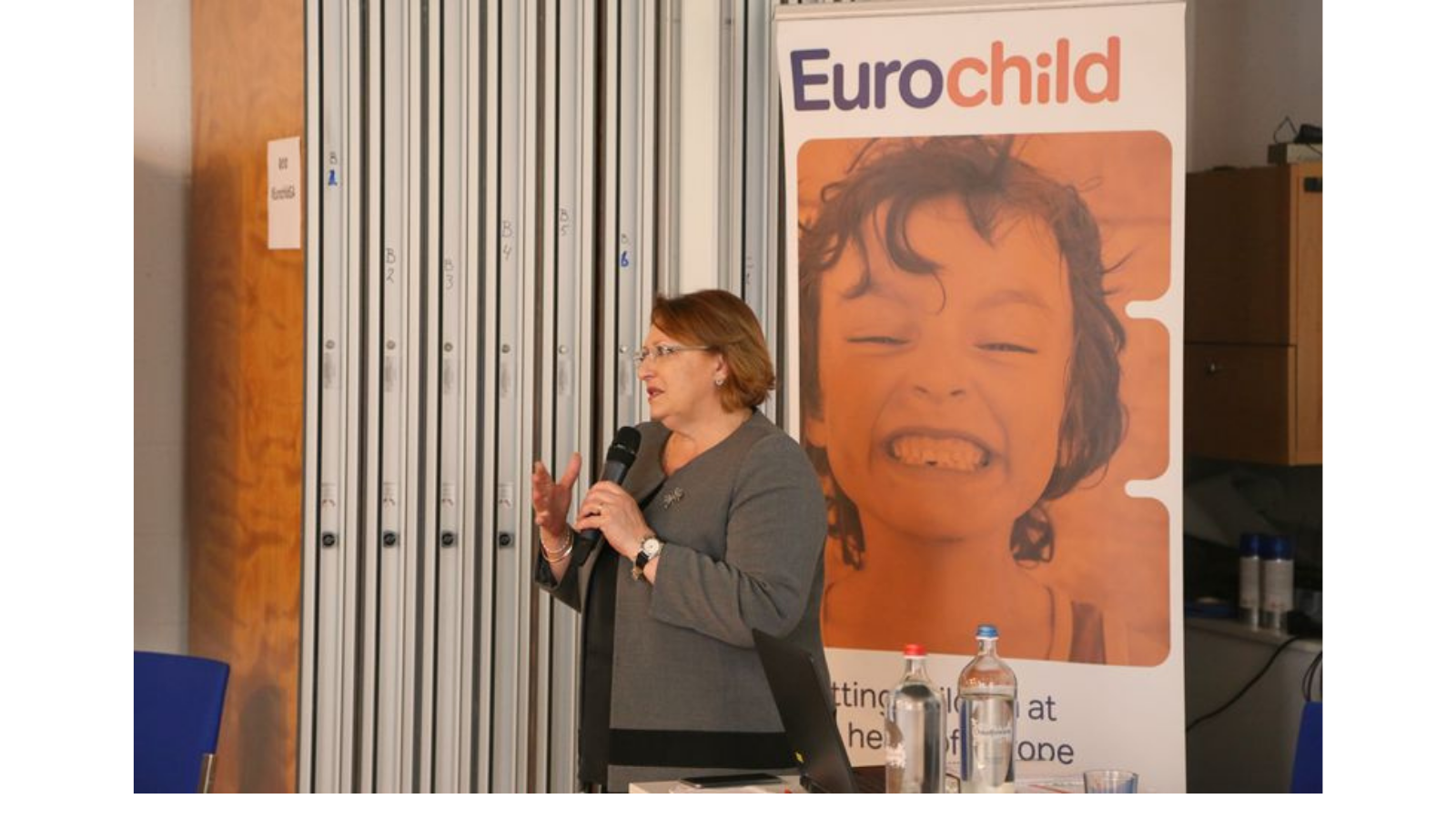 Her Excellency Marie-Louise Coleiro Preca, Former President of Malta has been elected President of Eurochild, a children’s rights advocacy network with 176 members in 34 countries. The elections took place during the meeting of the Eurochild General Assembly held in Brussels today.

“During my time both as Minister for the Family and Social Solidarity, and as President of Malta, child participation was always at the centre of my endeavours. For example, the Malta Foundation for the Wellbeing of Society established a Children’s Hub, the President’s Secret Garden and the Children’s Council and the Young Person’s Council. I’m delighted to see child participation so central to the work of Eurochild. I’d like to use my time as President of this prestigious organisation to establish child participation as common practice across Europe, and to lead the way globally. I also intend to help Eurochild strengthen its ties with international organisations and the Council of Europe. By working with its 47 member states and their respective Parliamentary Delegations, Eurochild can bring children’s rights into the core of Parliaments across the European region.” – Her Excellency Marie-Louise Coleiro Preca, newly-elected President of Eurochild.

Eurochild is an advocacy network of organisations working with and for children throughout Europe, striving for a society that respects the rights of children. Bringing expertise from its membership, the network influences policies, builds internal capacities, facilitates mutual learning and exchanges practice and research to support the children’s rights sector.

“We are honoured to have leadership of such a committed champion of children’s rights. Her Excellency’s vision of children’s rights and insight into the political world will open many doors for Eurochild and enable the network to sail smoothly amidst the upcoming changes in the European institutions and beyond.” - Jana Hainsworth, Eurochild Secretary General.

Eurochild wants to see an end to child poverty and social exclusion, end to institutional care for all children in Europe and greater recognition of children’s rights in political discourse. The network advocates for better investment in children through EU funds and policies, increased recognition of children’s voices in public decision-making and reform of child protection systems across Europe through the Opening Doors for Europe’s Children campaign. Ahead of the European Elections 2019, Eurochild is campaigning for a European Parliament that stands for children with the Vote for Children campaign.

About Her Excellency Marie-Louise Coleiro Preca:
Her Excellency Coleiro-Preca (President of Malta April 2014 – April 2019) dedicated her life to the social well-being of the most vulnerable in society, and was influential for effective changes in the social policies of Malta. During her term as Minister for Family and Social Solidarity of Malta, she initiated a variety of reforms in social housing, social benefits to support children and families. Coleiro Preca introduced child participation, as a process, as a model and as a methodology. She overhauled the welfare system and tabled several laws before Parliament, including the Act on the Protection of children, using an innovative bottom-up approach methodology. She has been instrumental in setting up social projects using EU funds to establish Family Resource Centers to provide support to communities. With the Maltese Prime Minister, Dr Joseph Muscat, she launched a Green Paper to target over 22,000 children living in or at risk of poverty and social exclusion.

In 2014, she founded the President’s Foundation for the Wellbeing of Society of Malta, (now called The Malta Foundation for the Wellbeing of Society) which is the first of its kind in the country. She also founded the President’s Trust (The Malta Trust Foundation) in 2015 with the aim to empower vulnerable young people experiencing difficulties in life, such as unemployment, being at risk of poverty, or social exclusion, to improve their lives through education, training and active participation.

Background:
Read the Eurochild Annual Report to learn about our achievements in 2018.

Eurochild is calling for candidates to stand for the 2022 elections to the Management Board (MB) at the next General Assembly (GA). Interested candidates can apply by 4 April 2022.…
read more 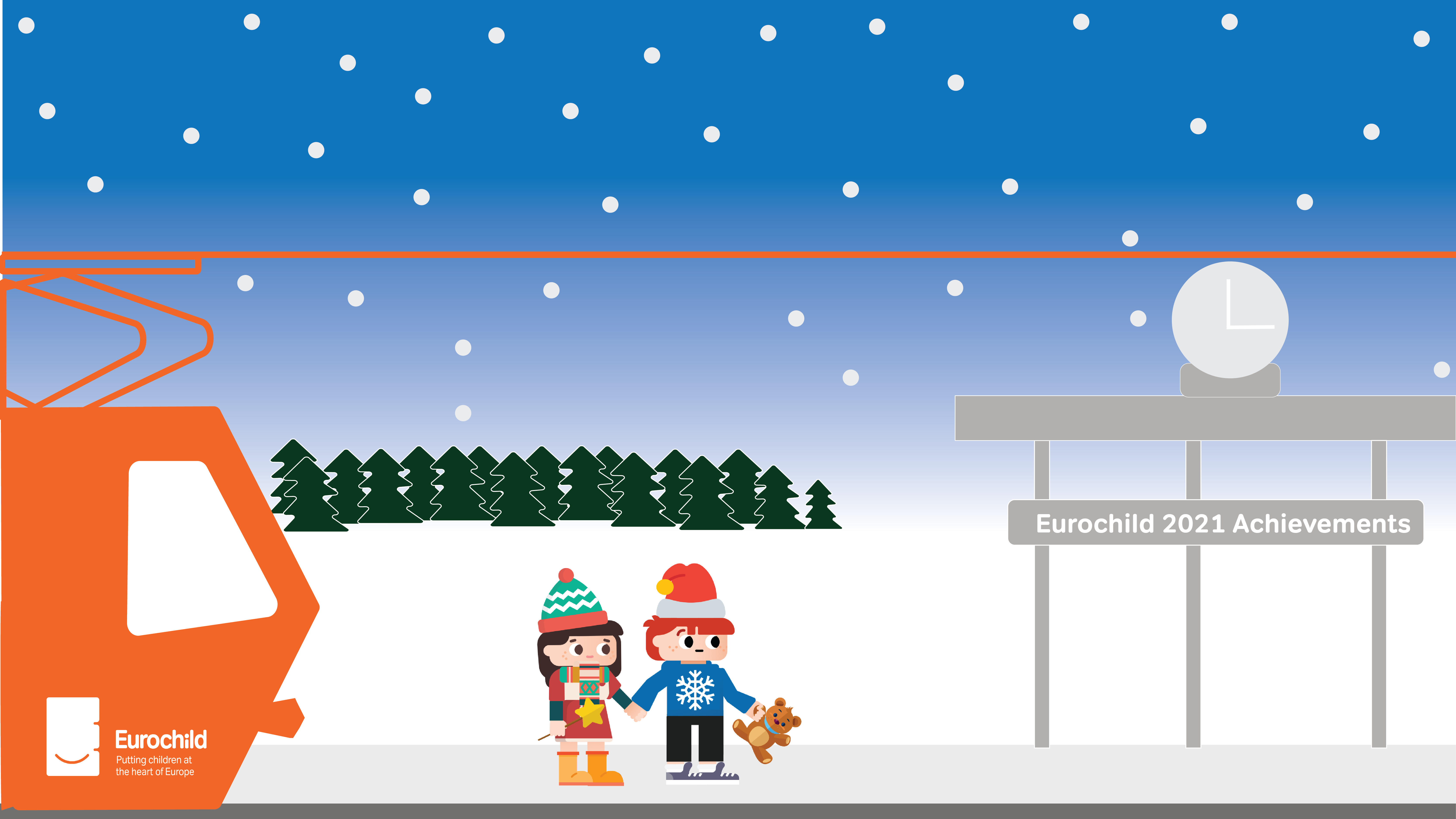 A year of transforming commitments into action

At the start of the year, the EU set the frame for delivering children’s rights with two new grand initiatives – the EU Strategy on the Rights of the Child…
read more