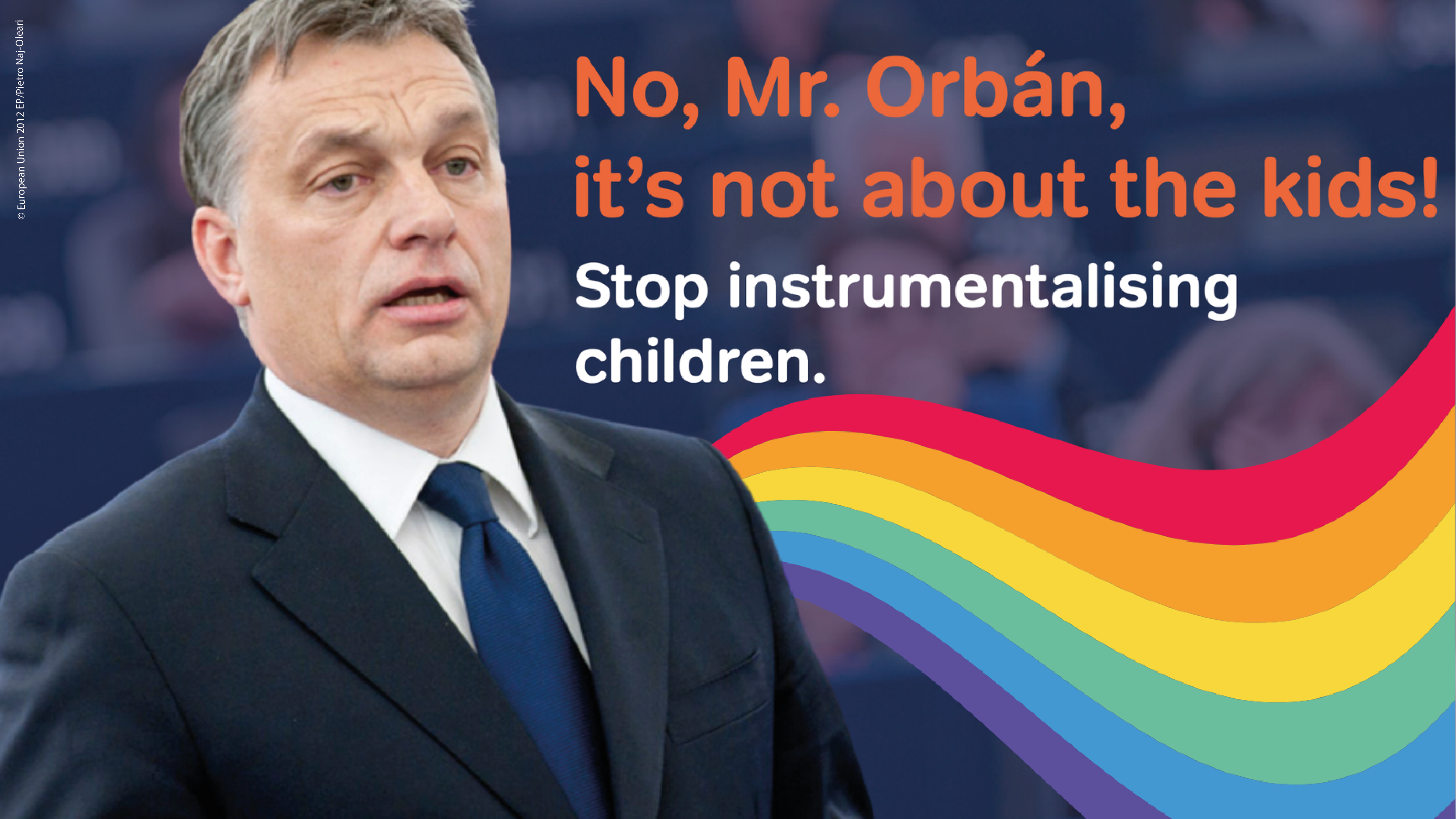 New Hungarian legislation not only fails to protect children, it puts them at greater risk of harm

Eurochild is deeply concerned by the adoption of amendments to various laws by the Hungarian Parliament that contravene the rights of the child and stigmatise LGBTQI+ persons. We join the international community in condemning this law as it uses child protection as an excuse to curtail the rights of children.

With the adoption of amendments to the Child Protection Act, the Family Protection Act, the Act on Business Advertising Activity, the Media Act and the Public Education Act, any depiction or discussion of diverse gender identities and sexual orientations in schools, television, and advertising in Hungary will be outlawed.  This clearly violates children’s rights as laid down in the United Nations Convention on the Rights of the Child (UNCRC) to which Hungary has been bound to since 1991.

Children have the right to healthy development, freedom of expression, self-identity, inclusive education and access to justice. This legislation violates all these rights and risks harming the very children it claims to protect. It also contributes to a climate of fear, raising concerns for the well-being of all children and society.

Eurochild members in Hungary have voiced their concerns in a statement led by the Hungarian Child Rights NGO Coalition. We stand in solidarity with our Hungarian members and children in Hungary.

Does the law fight child abuse?

Children and young people have the right to receive comprehensive, accurate, scientifically sound and culturally sensitive sexual health education according to the UNCRC. If this law is implemented, children would not have access to information on sexual and reproductive health, which plays a key role in preventing and raising awareness on sexual abuse.

Stricter penalties and the permanent ban on sex offenders to hold certain occupations which bring them into contact with children is part of the fight against child sexual abuse. However it is wrong and dangerous to package these measures with those that restrict children’s access to sexual health education, which actually increases their risk to sexual abuse.

Preventing child sexual abuse instead should encompass prevention measures and victim support, increased public awareness and dialogue, as well as free access to evidence-based information. This legislation, instead, hampers children’s access to information and potentially puts them in harm’s way.

The measures announced in the legislation contravene EU values of equality and non-discrimination. They are stigmatizing to LGBTQI+ persons and risk increasing discrimination, bullying and violence towards LGBTQI+ children. Our research with children shows that LGBTQ+ children already face differential treatment. Results from consultations with 10,000 children on the EU Strategy on the Rights of the Child, published in ‘Our Europe, Our Rights, Our Future’ show that more than half of LGBTQI+ children consulted have experienced some form of discrimination.

Like all other children, they should be provided with comprehensive sexuality education that meets their needs. Therefore, sexual health education must include information that is relevant to them, scientifically accurate and age appropriate. This means helping children to understand sexual orientation and gender identity and dispelling common myths and stereotypes about LGBTQI+ persons.

Access to comprehensive sexual and reproductive health education is a children’s right and a benefit of all. It contributes to equipping children and young people with knowledge, skills, attitudes and values that will empower them to realise their health, well-being and dignity as well as develop respectful and positive social and sexual relationships. Curtailing access to such information does not serve the interests of children or society.

Protection of children should not be used as a pretence to discriminate, stigmatise or curtail children’s access to their human rights. Governments cannot cherry pick the rights afforded to children. All the rights enshrined to all children, under the UN Convention on the Rights of the Child are equally important and must be implemented in a holistic way.

We call on the European Council to ensure Hungary’s compliance with the EU’s commitments to protect the rights of the child and to promote the values of equality and non-discrimination.