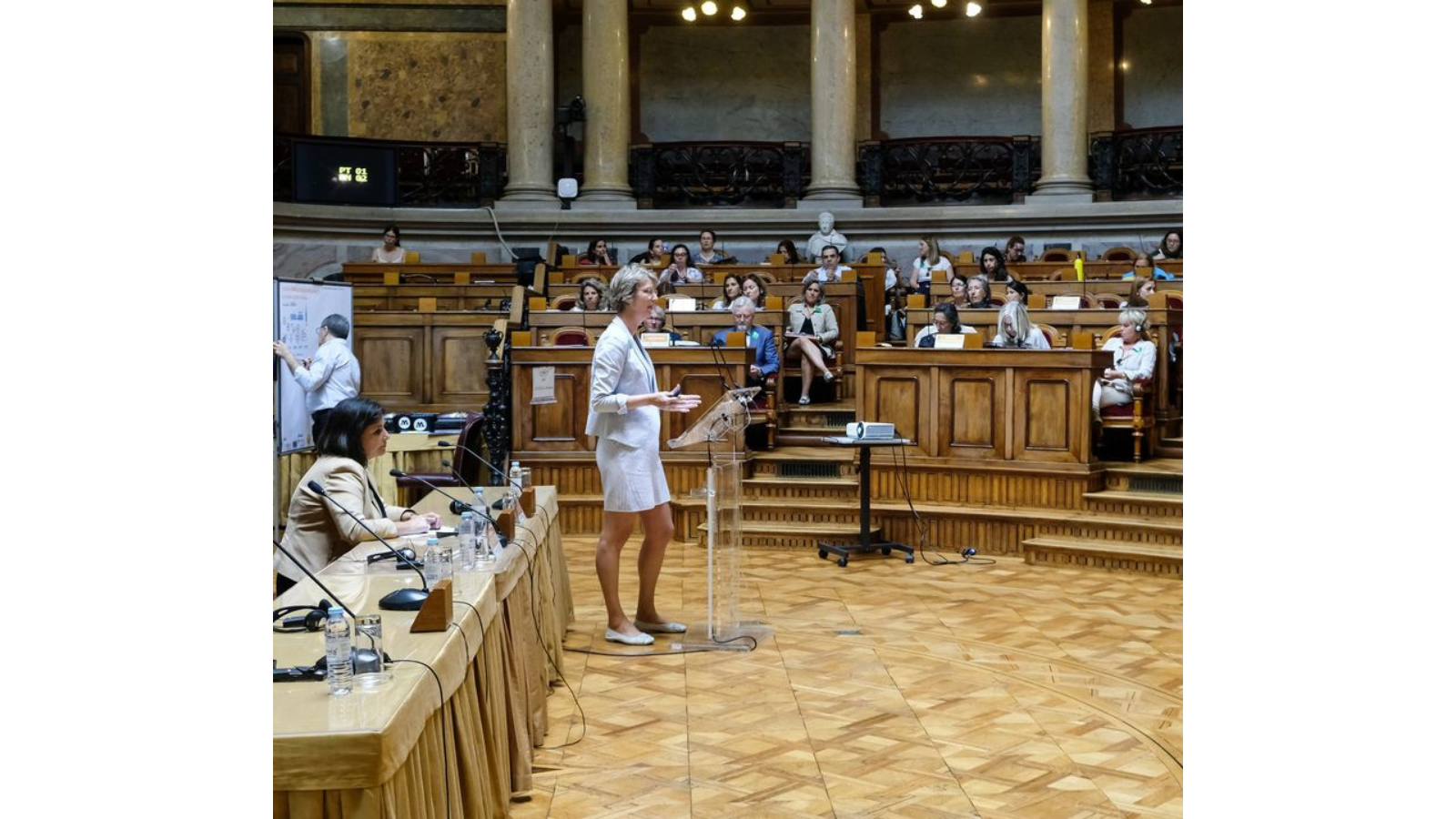 On 2 July Mieke Schuurman (Eurochild) gave a keynote presentation on “the participation of children in public-decision making – a review of European practices” at the Portuguese Parliamentary Assembly in Lisbon.

The full-day seminar was organized by the National Commission for the Promotion of the Rights and Protection of Children and Young People and supported by the Portuguese Ministry of Labour, Solidarity and Social Security; the Parliamentary Assembly; the Council of Europa and Norway Grants.  The Senate Room was packed with Members of Parliament, government officials and civil society to listen to presentations and discussions on the importance of the right of children to participate in public decision-making.

Good practice examples from Ireland, the only country in Europe with a national strategy for children’s participation “National Strategy on Child and Young People’s Participation in Decision Making 2015-2020” and from municipal level in Norway were presented. Portugal already has a legislation in place to implement child participation, but it lacks a programme and training to implement it stated Ana Guerreiro, Independent Consultant on the Rights of the Child.

Olive McGovern from the Irish Ministry for Children and Youth Affairs stated that a story of almost 20 years of commitment let to the development and adoption of its national child participation strategy. “Child participation is a practice and not a theoretical exercise”, she said and even without legal instruments you can be successful, though a legal basis can be supportive.

Bragi Gudbrandsson, member of the UNCRC Committee from Iceland, told the audience in his intervention that Iceland adopted a new law that ensures that a children’s parliament has to be organized every year, starting on 20 November 2019. Its resolutions will be given go the Icelandic government and Parliament.
Laura Lundy’s model on child participation was referred to by several speakers as well the Council of Europe child participation assessment tool.

Odete Severino, Vice-President of the National Commission for the Children’s Rights and Member of the Bureau of the Council of Europe Committee for the Rights of the Child, in her conclusions recognized the importance of listening to children and young people as fundamental to their human dignity and healthy development. She presented measures that could become part of a strategy as a step forward to put into place real and active child participation in all settings. These measures were inspired by the Council of Europe Recommendation on the participation of children and young people under the age of 18 (CM/Rec(2012)2) and referred to the need to have measures in place for children to protect their right to participate, including participation as part of a broader national strategy and implementation of complaint procedures for children.

She also referred to the need to have in place training programmes for professionals working with children and the need for children to have accessible information on participation, including in Braille and in their school curricula.  Creating spaces and opportunities for children to participate could be done by children’s advisory councils.