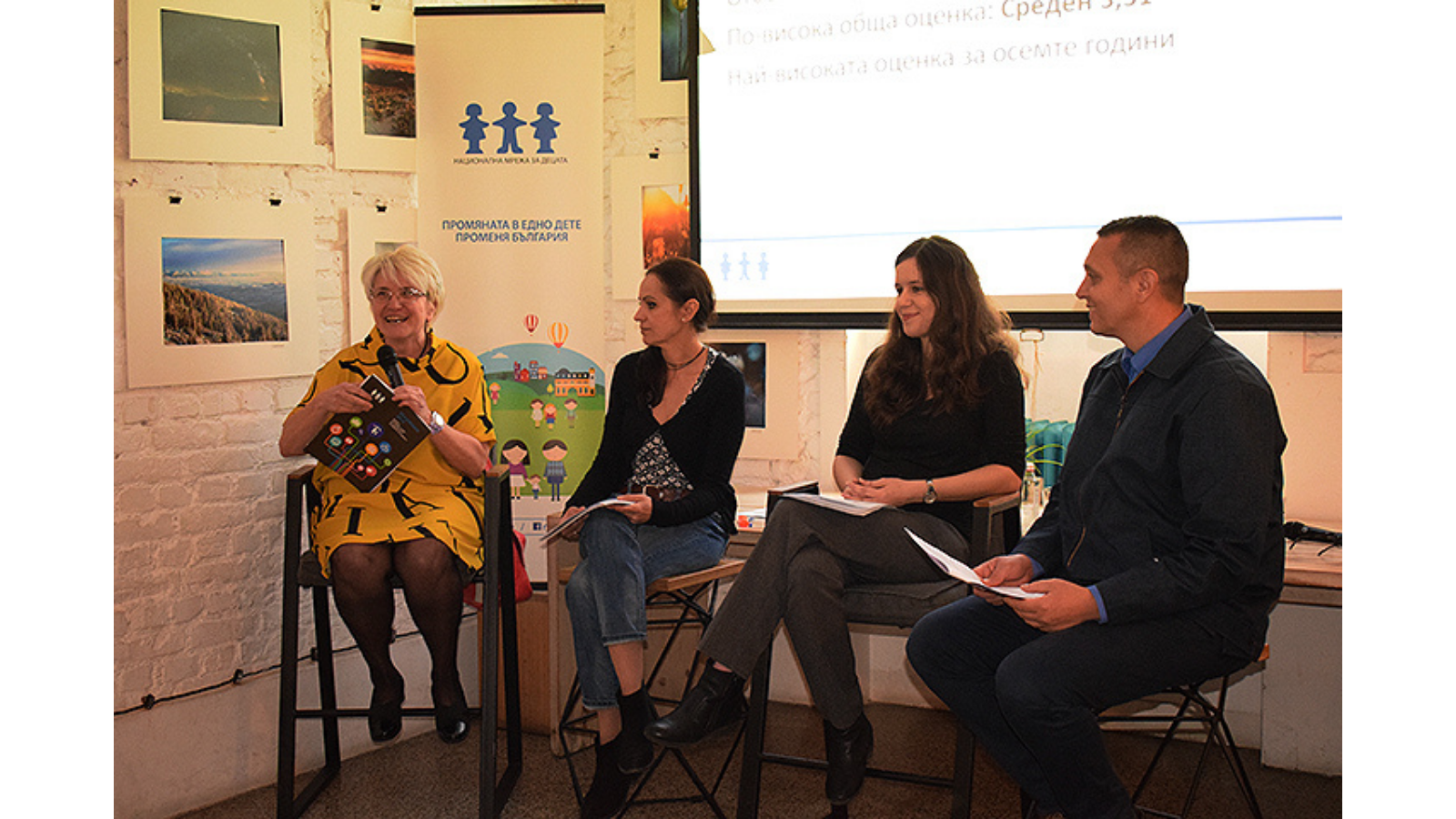 The “Report Card 2019: What is the average government score for childcare?“ was presented on April 23 in Sofia and in seven other cities in the country and it reviews basic policies aimed at the well-being of children in Bulgaria. The authors are 30 experts who work on a daily basis directly with children and families across Bulgaria.

The Report Card 2019 marks a slight improvement in childcare, which is also reflected in the higher overall score of the state institutions. This year the score is Average 3.31 with a maximum score of 6.00. This is the highest estimate so far in the eight years in which the report has been produced, although growth is minimal.

For the third consecutive year, the report also includes the views of over 460 children, young people, parents and professionals. The aim is to understand the life of children, their parents and the way professionals who support them – teachers, health and social workers, and others – are doing.

“Despite the upward result, the overall assessment is still Medium and progress is unsatisfactory, which is largely due to the uncoordinated efforts of the institutions and absence of a unified family oriented policies,” commented George Bogdanov, Executive Director of the National network for children.

During the event, a video was presented featuring the comments of children from the Megaphone Youth Network who made recommendations to the Ministers of Health, Education, Justice and Labor and Social Policy.