Wealthy Ireland sets its Sights on Tackling Poverty Among Children

Despite being one of Europe’s wealthiest countries, 23.9% of children in Ireland (Eurostat, 2019) are at risk of poverty or social exclusion (decrease from 25.2% in 2017). Almost 4,000 children were homeless as of April 2019. Single-parent families are five times more likely to be at risk of poverty. Ireland ranked 20th among EU countries in dealing with child poverty.

Last year in mid-December, the Irish Minister for Children and Youth Affairs Dr Katherine Zappone stated that “after too many years of indifference, we are finally seeing a rise of awareness on child poverty.” Comments like this from Ireland’s political leaders are welcomed and warranted.

The Minister, one of Europe’s only Ministers for Children, was speaking at an Open Policy Debate on child poverty, co-organised by her Department with Eurochild member Children’s Rights Alliance Ireland. The debate was the latest chapter in the Alliance’s NoChild2020 campaign, which has successfully brought political attention on child poverty over the past 12 months. The campaign collaborated with one of Ireland’s largest news media The Irish Times, and sought to provide a sustained focus on child welfare and children’s issues over 2019. The NoChild 2020 campaign had called on the Irish government to ensure that no child should be:

• be without timely, affordable healthcare

• be blocked from having an education

• be excluded from society

Thanks in part to NoChild 2020’s campaign, Ireland’s Budget 2020 included budgetary commitments on each of these five goals, and indicates a step in the right direction (although issues like child homelessness worsened in 2019). The campaign now calls for a national action plan  on child poverty that provides a roadmap to make healthcare free for all children, makes hot school meals part of every child’s day and breaks down the barriers in education. Such an action plan could take inspiration from the EU’s policy initiative on the European Child Guarantee which proposes that all children in Europe should have access to key services relating to housing, care, education, healthcare & nutrition.

Most recently, the Irish government released its new Roadmap for Social Inclusion 2020-2025. One of the seven goals directly addresses child poverty, setting a new target of reducing child poverty to 16% by EU measurements - it is currently at 23.9% as of 2018 data released in Dec 2019.

"No Child 2020 was ultimately a battle against hopelessness and indifference. Its long-term success will depend on whether the shameful news stories continue to drift by on the fringes of consciousness or break through into anger, shame and a collective determination to end child poverty." - Fintan O'Toole, Irish Times.

With Ireland’s general elections around the corner, it is once again up to civil society to keep the focus of candidates on the commitments and urge the future government to prioritise its attention on children, especially those at risk of poverty and exclusion. 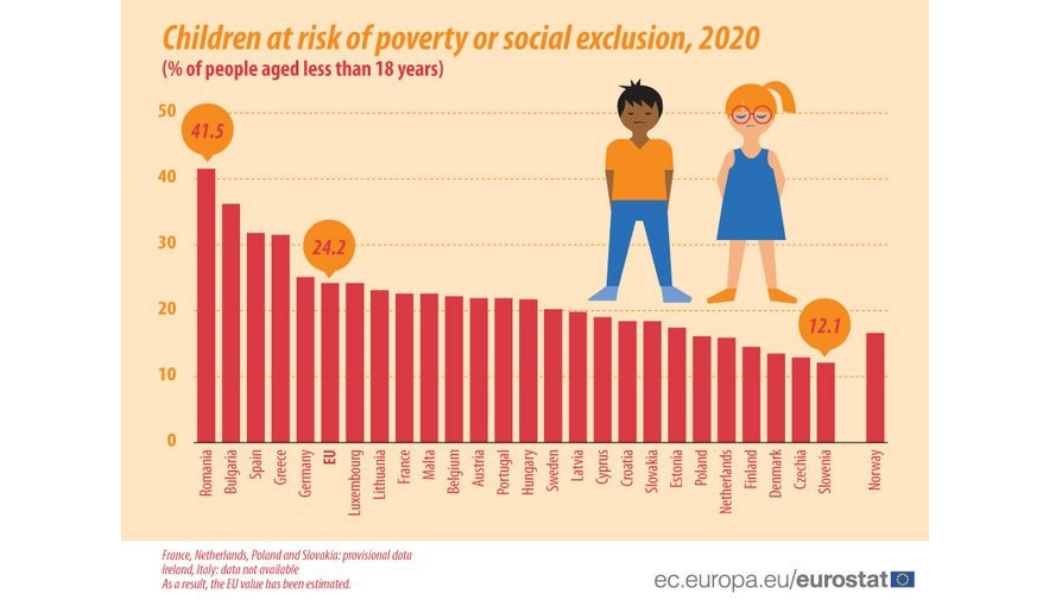 Statistics show an increment of almost two percentage points in the average of child poverty or social exclusion in the EU Eurostat, the statistical office of the European Union, has…
read more

Those of us working with and for children across Europe struggled to identify with President von der Leyen’s second State of the Union address to the European Parliament on September 15. Von…
read more